Guitarist, Composer and Recording Academy Member
My latest album COLORS* available now
by clicking on the image above

Download the digital version of the album Colors by Roberto Tola by clicking on the image above, pay and get the Mp3.

Download the digital version of the album Bein’ Green by Roberto Tola by clicking on the image above, pay and get the Mp3.

Purchase the single Slow Motion?by Roberto Tola (featuring Darryl Walker) by clicking on the image above and get the Mp3.

Purchase the single Lullaby of Christmas by Roberto Tola, by clicking on the image above and get the Mp3.

“..playing with Roberto was pure joy! We were even jumping up and down on stage. Great artistry and person..”

We are sorry to inform you that all gigs  are suspended due the pandemic time.

Please, come back to visit us to keep updated with new gigs  dates and events…

A Life in Music

Roberto was born and raised in Sardinia Island, Sassari (Italy); began studying music when he was just six years old. In 1976 studies Cello in the Conservatory of Music in Sassari. Four years later continues his studies of Modern and Jazz Guitar and established the sextet named JAZZMANIA, which became one of most important Jazz Fusion band in Sardinia.

From 1989 is member of the Italian Jazz Big Band named “Blue Note Orchestra”, and from 1991 up to 2010 is the official guitar of the “Orchestra Jazz della Sardegna” (Sardinia Jazz Orchestra), also conducted by well known Carla Bley, Bob Mintzer, Colin Towns, Giorgio Gaslini, Bruno Tommaso, Giancarlo Gazzani and others more.

In 2000 is the conductor of the big orchestra for the National Music Contest “Canzonissima 2000” including 26 musicians, a big band with strings section, which Roberto writes and arranges all the music for.

Roberto has been teaching music, modern and jazz guitar in many music schools for more than 25 years.

in 2014 Roberto collaborated for the recording of CD album “On The Corner” by the famous and legendary English jazz-funk band Shakatak, and also with the English singer Jill Saward in her CD album “Endless Summer” and the single “M is for Manhattan“, both released in June 2016.

On May 2017 Roberto released his debut album, titled BEIN’ GREEN (featuring some international well known guest stars as Bob Mintzer, Najee, Bill McGee, Bill Sharpe, Jill Saward and Tim Collins), which won the SILVER MEDAL at the GLOBAL MUSIC AWARDS for the outstanding achievements in Jazz Music and Best Album Categories in 2017. In September 2017, the single SUNNY MORNING, from the same album, got the nomination to the HOLLYWOOD MUSIC IN MEDIA AWARDS in Jazz Genre. In March the 31st 2018 is winner of the Vox Pop Award for the Best Jazz Instrumental Song to the 16th INDEPENDENT MUSIC AWARDS held at the Lincoln Center in New York City, and on 22nd of April 2018 is the winner of 7 awards in 7 different Jazz categories at the MUSIC CHANNEL AWARDS in Hollywood: for the Best Jazz Song, Best Jazz Recording, Best Jazz Instrumentalist, Best Jazz Producer, Best Jazz Video for the tune Sunny Morning and also Best New Male Artist of the Year and Best Recording of the Year. Other recognitions, Honorable Mention at the ATLAS ELITE MUSIC AWARDS in 2018, again nominee at the HOLLYWOOD MUSIC AWARDS 2018 with the tune Funky Party (feat. Bob Mintzer) in the Jazz Instrumental category, finalist at the UK SONGWRITING MUSIC AWARDS in 2018.

Roberto releases his second album entitled COLORS, again featuring some of the best international musicians of the genre, as Michael Lington, Paula Atherton, Bill McGee, Rocco Ventrella, Darryl Walker and Mando Cordova. Some of the song included in the album have been awarded in important music contest around the world, as Slow Motion and Lullaby of Christmas, both winners at the Independent Music Awards in New York, and Slow Motion winner at the Atlas Elite Entertainment Music Awards.

Roberto continues composing, performing and recording new music. His next and 3rd CD Album is aspected in Autumn 2021, and again will boasts a roster of excellent and international famous artists.

``A very nice debut album, that shows the holiday feeling of the isle of Sardinia. Roberto I?d like to come and visit you and enjoy your music!`` 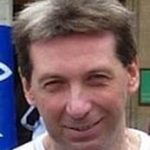 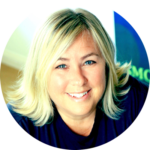 Sandy Shore (Smooth Jazz Global Radio)
``I have listen to the brand new CD ``Bein Green`` by Roberto Tola... such a Smooth as Silk fabulous Jazz guitar with great arrangements and guest musicians...`` 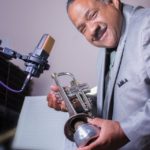 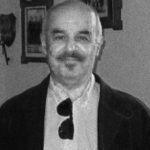 Pasquale Porcu (Italian journalist)
``Bein' Green, the debut album from Roberto Tola is like the island of Sardinia itself, a hidden treasure that the world is now discovering. From the sensitive ?Tears For Niro? way through to the changing flavours of ?Funky Party? the album takes you on a smooth jazz journey of colours & emotions. Such a joy to work with Roberto, and to be featured on a two of tracks was an honour.`` 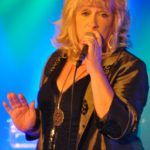 Jill Saward (singer, composer, percussionist e flutist) lead voice of Shakatak
``...it is a GREAT honor to now be broadcasting your BRILLIANT, STELLAR and MASTERPIECE music all around the world. We look forward to supporting you, your brand and music this year and beyond!...`` 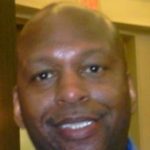 Jeff Moses (founder & President of Smooth Jazz Radio Boston)
``...we are in front of a gifted musician that counts on a purified technique in the handling of the guitar. If to this we add freshness in the compositions and catchy melodies, the success is assured. Roberto Tola's new musical project can not be better balanced...``
Javier Garc?a Esc?mez (founder & President of No Solo Smooth Jazz - Madrid)